For about seven years, Mia Leonin had the idea to write a collection of poems about a little girl named Micaela growing up in a Spanish-speaking seaside town who uses her imagination to cope with a trauma.

But all this time her idea added up to miscellaneous thoughts on paper.

“It was just this raw kind of mess of language and images. I didn’t have a story,” said Leonin, a creative writing professor at the University of Miami and who writes freelance theater reviews for the Miami Herald. “I never even thought it would add up to anything.” 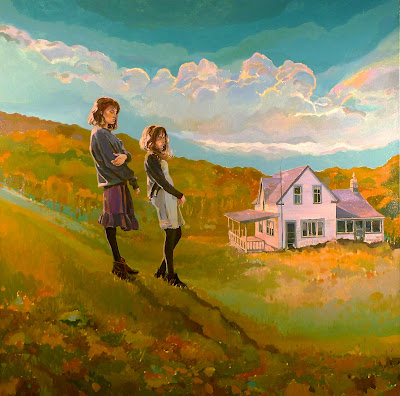 About a year ago Leonin earned a residency at the Deering Estate at Cutler in Palmetto Bay, part of the environmental, archeological and historical preserve’s Artist in Residence program.

What once was a “mess of language and images” became a manuscript of about 61 poems titled, The Fable of the Paddle Sack Child.

“Literally, sitting at this desk, little by little it turned into something,” said Leonin, 46, on a recent visit to her Deering Estate studio. She lives in Kendall.

The Artist in Residence at the Deering Estate is a program that gives literary artists, as well as visual and performing artists, an opportunity to use the 444-acre site to nurture their creativity. Deering created the program in 2006 as an extension of the art patronage of Charles Deering, who built the estate on Biscayne Bay at the beginning of the last century. By 1922 the Maine native had amassed an art collection appraised at $60 million and included works by El Greco and Rembrandt.

The unpaid residencies give artists a year to draw inspiration from the pastoral setting.

Artist Natalya Laskis plans to work on several 24-by 24-inch paintings for a body of work titled, Better Homes. Through the acrylic and oil paintings, Laskis will explore her idea of gender role reversal.

“Instead of men, women are (financially) carrying the household and men are staying at home, taking care of the kids,” said Kendall resident Laskis, 34. “My work revolves around social and economic issues – on what’s happening right now.”

A short walk away from her studio, housed at the estate’s Carriage House, Robert Sparrow Jones is working on paintings inspired by growing up in rural Pennsylvania. 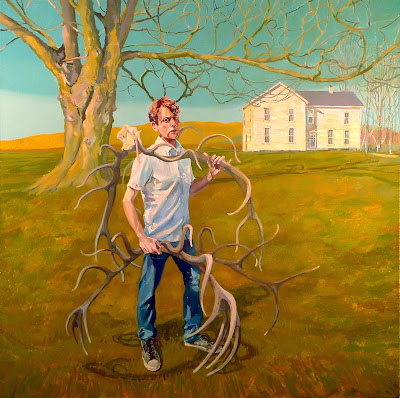 “When I started to walk around the Estate, I started feeling nostalgia and I thought I couldn’t be myself unless I went back to my childhood and put myself into that landscape,” said the 43-year old Wilton Manors resident.

A self-portrait in his studio depicts Jones holding deer antlers. “I don’t see any deer out here, but where I am from, they are pervasive,” he said.

Nearby, propped on an easel, is another canvas. It depicts two blond girls. One, clad in a bathing suit, is sitting on a wood folding chair and is holding a flowerpot. The other, with a skirt and a short top, is standing next to her. The colors in the piece are slightly more vibrant than in the selfportrait.

“In Florida, it is just always blooming and vibrant colors," Jones said. “In the Northeast, we sit and wait for the landscape to change and then it’s a wow factor.”

A few doors down from Jones’ studio, Lucinda Linderman’s fingers are coated with rust and oil. She is working on a mountain landscape created from old bike chains she collected from South Miami’s Mack Cycle and from dress hangers thrown away after weddings at the Estate.

“I work with reclaimed materials,” said Linderman, an environmental artist from South Miami. “I do a lot of dumpster diving so I was really happy when I realized I could professionally dumpster dive.”

Environmental art involves reusing tossed-out materials to create a sculpture or wearable art, such as a dress Linderman made from a dark-green parachute. Linderman, 37, is part of the new Eco and Environmental Art Residency Program, which was funded by a National Endowment for the Arts matching grant the Estate received this year. During the one- to three-month residencies, up to six artists will explore environmental art under Linderman’s guidance.

“It allows artists to come in and explore in ways they may have not,” said Yantis, the exhibit specialist. 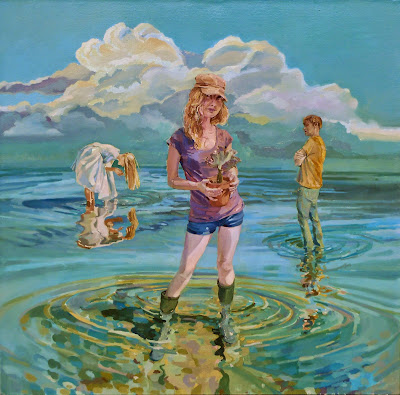 The Artist in Residence program also allows the public to see the working artists.

“This is not a private, hide-in-your-studio type of program,” said Kim Yantis, a exhibit specialist at the Estate. “They are encouraged to rather than just leave a piece of art work at the Estate, to create an activity or an action that really involves the public.”

Laskis is planning an outdoor watercolor workshop, while Jones is creating functional wood batroost sculptures. The roosts invite bats, whose numbers have recently declined due to a fungus, to feed on insects, many of which eat crops.

Linderman will continue an Eco-Art Outreach Program, in which high school students conceptualize, create and exhibit art made with reclaimed materials. In addition, she will teach workshops for Miami-Dade County teachers on how they can incorporate reclaimed materials in the classroom as well as host environmental art talks to the public.

Meanwhile, Leonin is continuing her residency for another year in hopes of finishing the two manuscripts she has been working on – and to start writing a third, which will incorporate the Estate’s environment into her poems.

“I’ve wanted to bring the Florida landscape into my work for a couple of years. Here, the naturalists will walk around with you and show you things,” said Leonin. “One of the nice things about the residency is that it allows you to be who you are. I just needed the solitude to finish these manuscripts.”