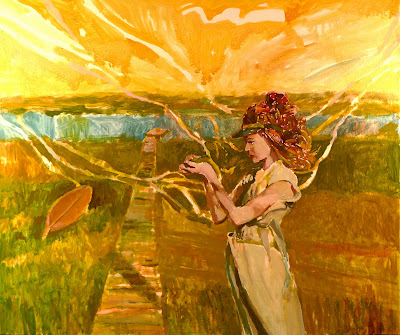 Sarah Dunning is the chef/owner of Gymnopedie restaurant. Born and raised in New Zealand, she has always been interested in food. She maintains that food should be produced from the finest and freshest ingredients, which in turn means sourcing from community and organic suppliers, when and where possible. Given that our daily habits are influenced by our environment, eating in tune with the seasons helps us remain in step with the subtle changes in the air. Sarah applauds the local foodscape of Athens, GA, and the ability to interact with the people who grow our food.

She comes from the school of kitchen do-it-yourself, which has served her well. She is a long-time forager, pickle-maker, and bread baker. Being an autodidact, Sarah has never had a class on how to make a salad. Nonetheless, salads are probably her favorite thing to make and eat. She is a chef primitive, alongside the great painter Henri Rousseau.